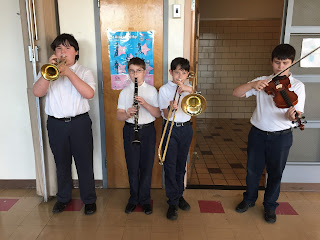 Isaac at school. Only two and a half months until the end of sixth grade!!! Oh geez. Where does the time go?!?! It seems like only yesterday we were trying to decide if sending him to school was the best option. Now after three years he's almost done! 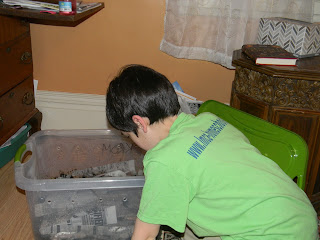 Henry observing his worm bin. An LMCA-science assignment. Did I mention that sometimes the worms get out? Yuck!!!

A fantastic duplo castle. Margaret is so compliant and will play with Malcolm no matter what the activity is. She is definitely a great big sister. 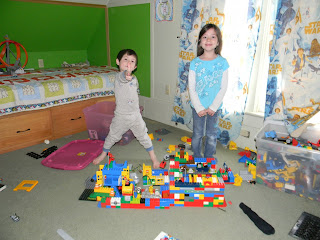