A little treat for Thanksgiving. Here is James on his first Thanksgiving, where we were at the Farm in Georgia. He is standing next to his tree that Mema planted to celebrate his birth. 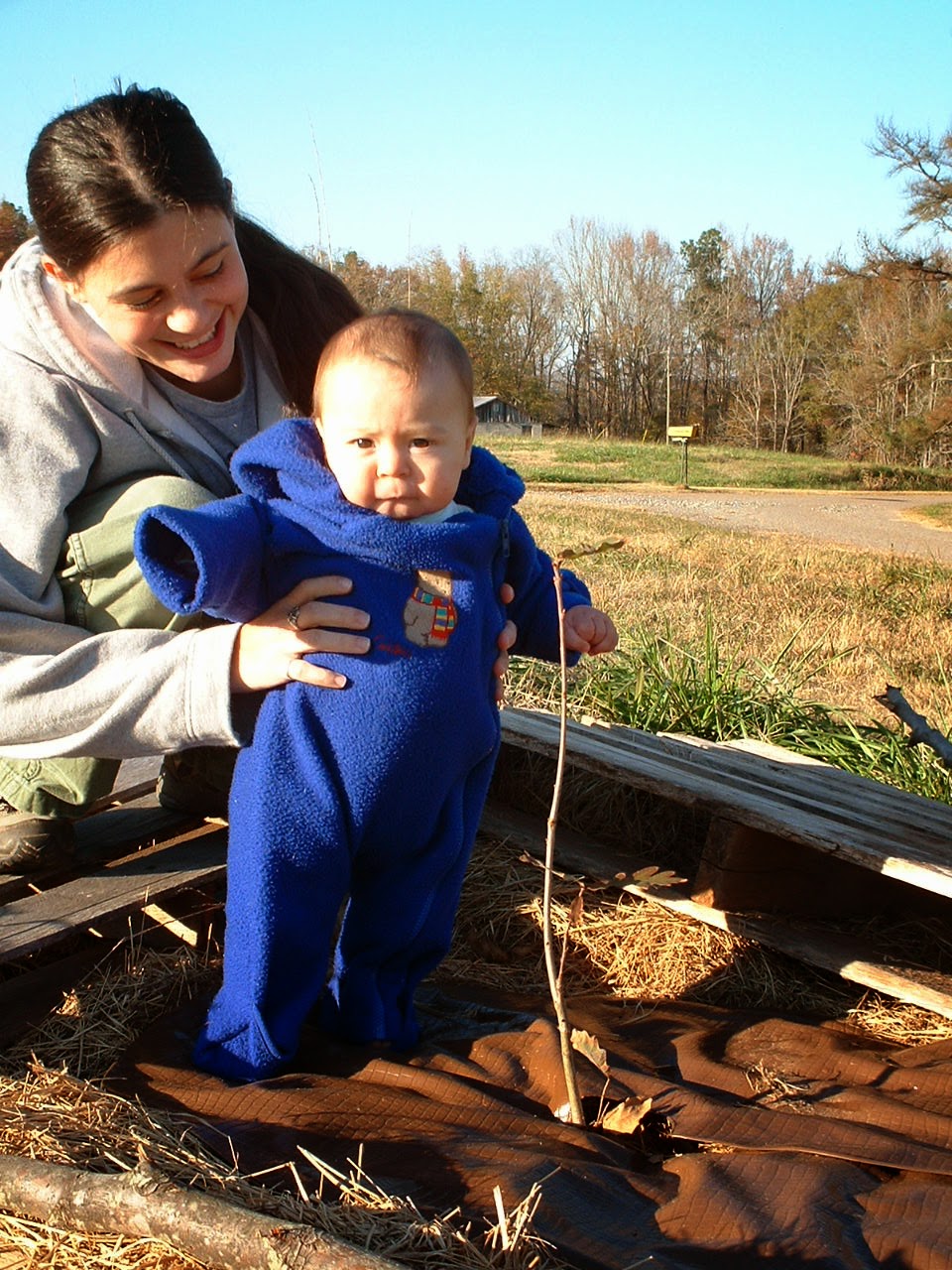 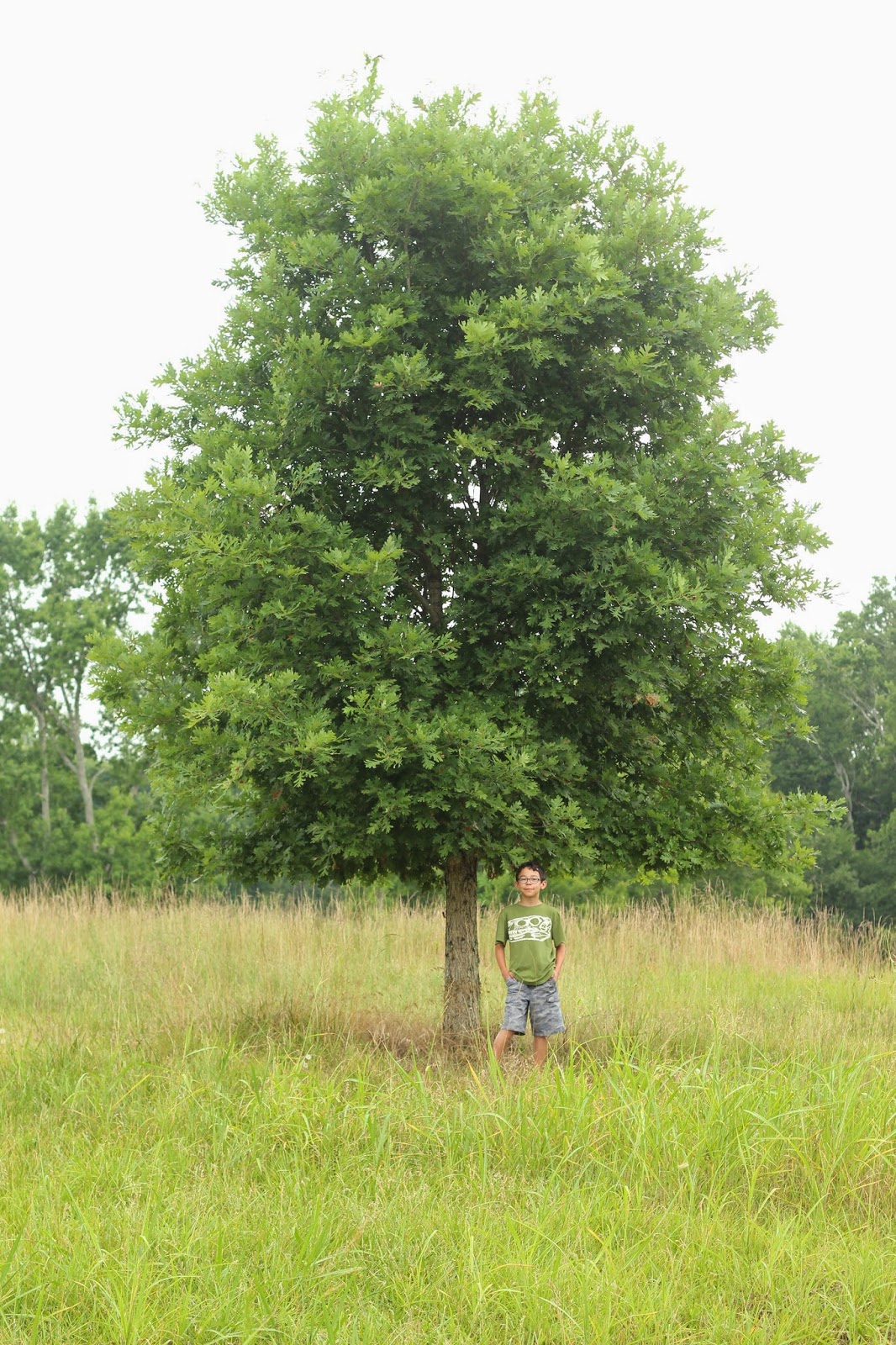 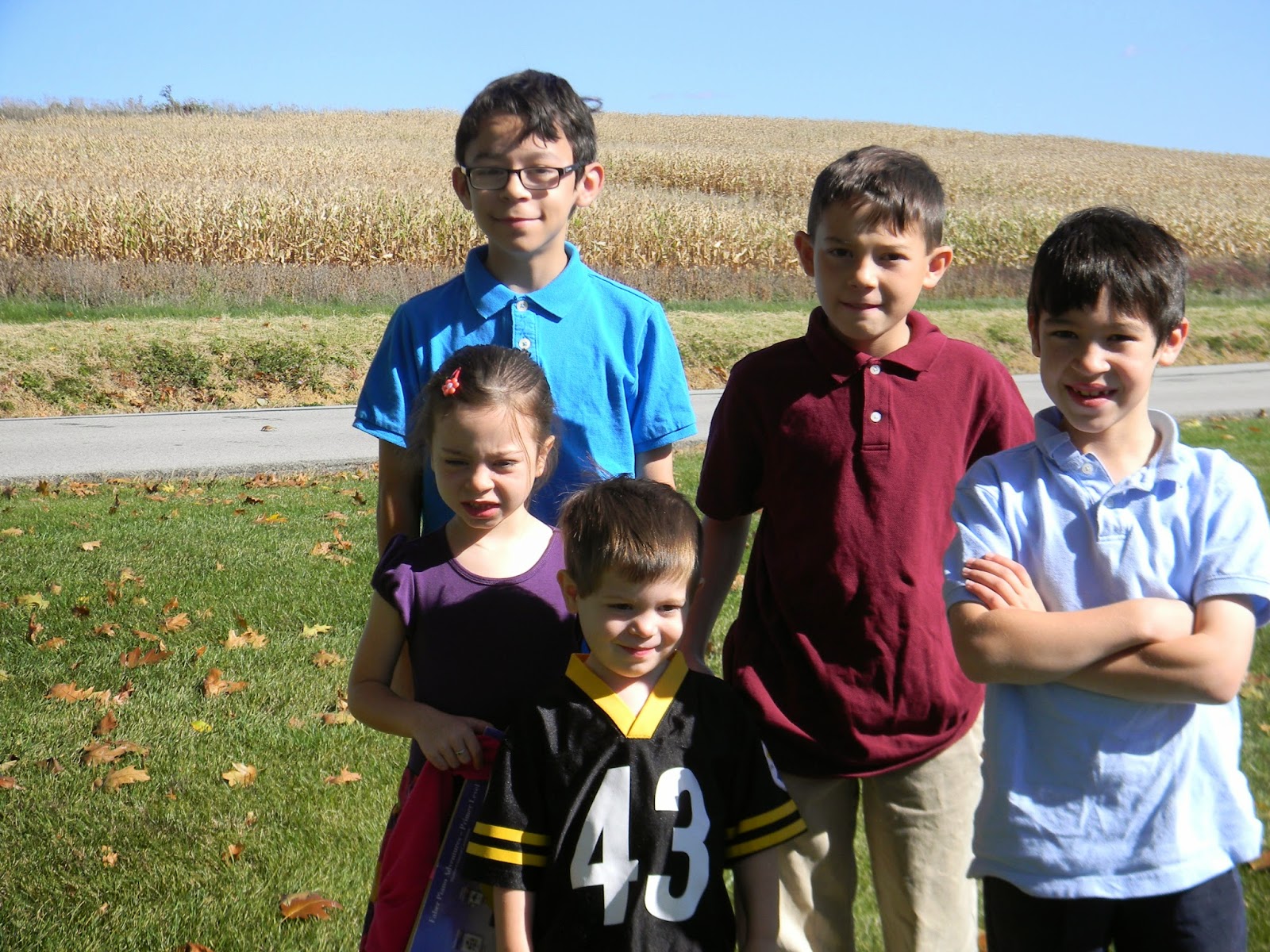 I arrived home last night after sewing to shrieks of delight and hugs and kisses. "I've missed you sooo much!" "I was hoping you would be home to say goodnight!" "I'm lonely when you're not here!" These all coming from the same children that I had just seen five hours earlier. These same children who had only been in the house two hours without my presence (Wednesdays at LMCA are a ten-hour day for my kids).

It warms my heart that these kids love me so much. Even when I am short on time for them, or patience, or too scatterbrained to give them my attention, their devotion to me remains unchanged. Through some kind of grace, they see through the stress and chaos and focus on the happiness and love.

A friend recently returned from a meeting for a program her child was in. She was really moved when the speaker said, "You are all doing the best that you can."

When she told me this story, I was moved by the power behind those simple words: "You are doing the best that you can."

But those gals are not me. Those kids are not mine. What I've got is better. It may not look like much, but it's mine. Through some kind of grace, I am doing more than getting by. I am doing the best that I can.

So a group of us decided that we were going to try to motivate each other to stay in shape this holiday season by planking and exercising. For the month of November we are trying to exercise 20 minutes a day and follow a planking calendar. 20 minutes doesn't sound like much, but on LMCA days when a few of us easily put in 10 hours, the last thing we want to do is then come home and jump on a treadmill. Also the fact that suddenly it is January weather outside. Yuck. Warm bed= 1. Motivation= 0.

And the planking, did I mention the planking?!?! Not only is it near impossible for me, but there is no way this post-six baby belly is going to plank for five minutes. One minute, yeah, I can handle that. Five minutes? I'll be your cheerleader as you show me how it's done.

I cleaned up my phone photos this weekend and found this gem: 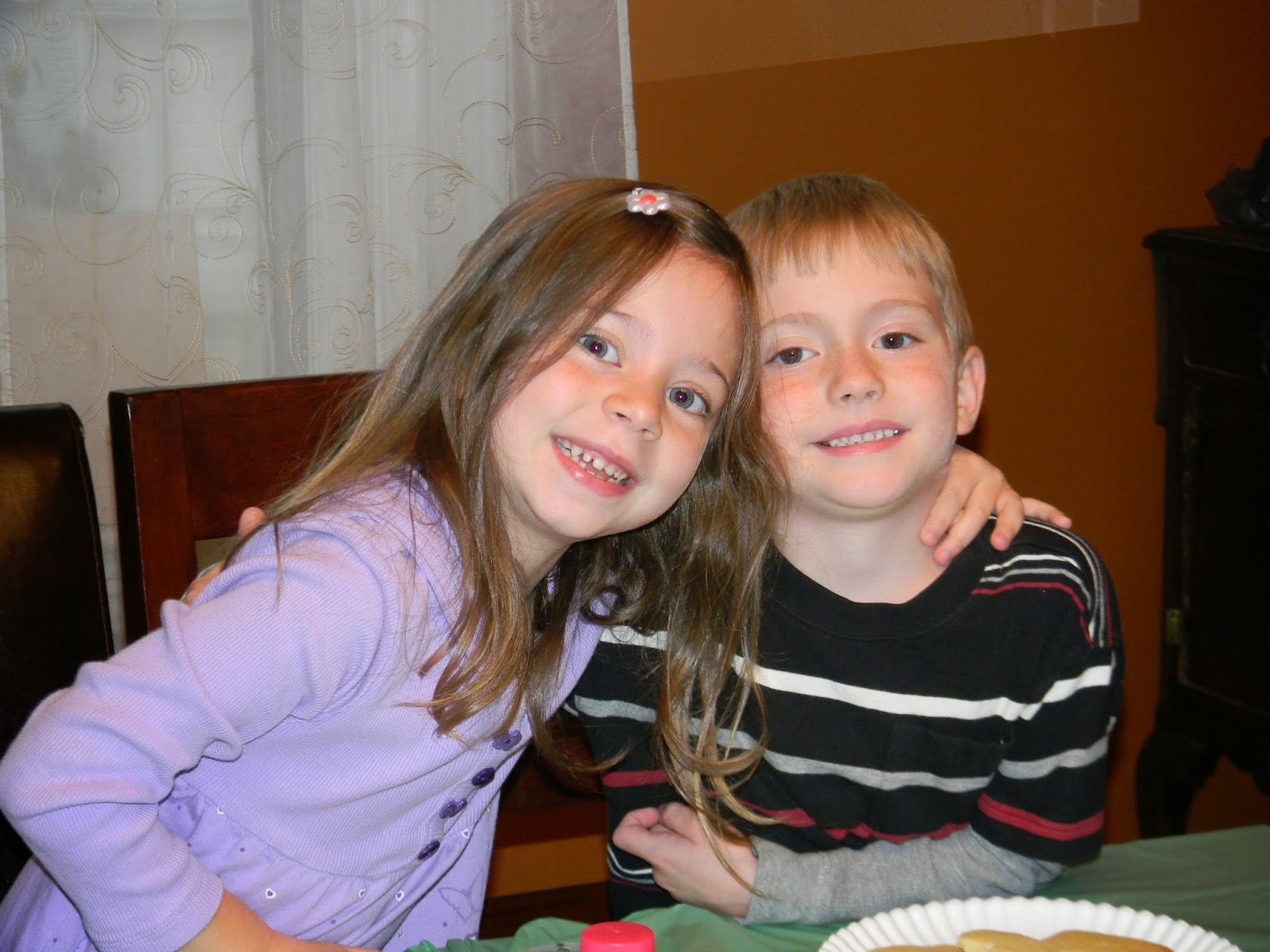 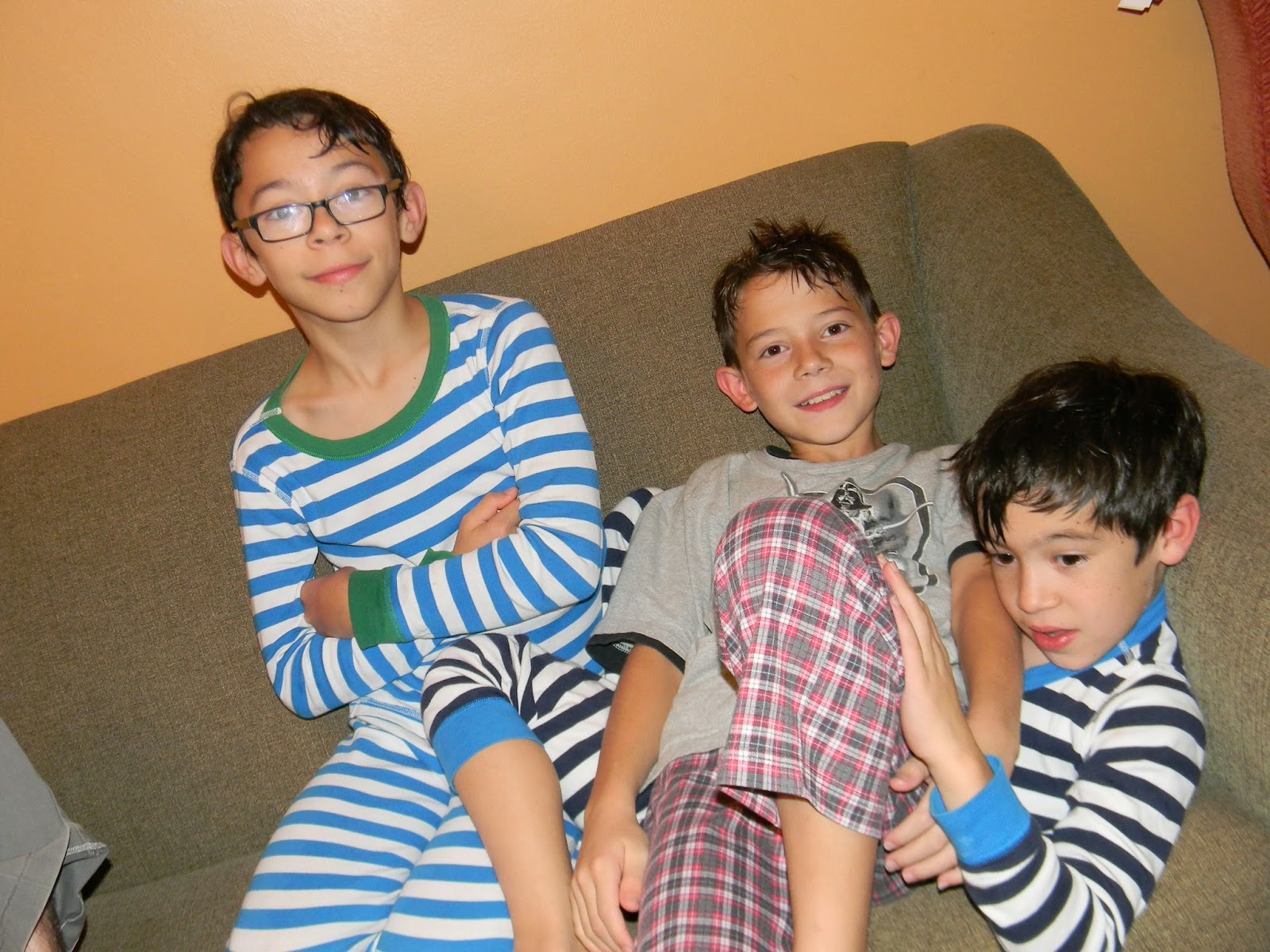 This is one of those photos that their future wives will see and laugh at.

I got The Middle, Season 4 for my birthday. That show is so funny. If you don't watch it then you are really missing out.

Speaking of shows, thanks to my awesome MIL, I was finally able to watch Orange is the New Black, and yes, it is as awesome as everyone says. It gets intense, but well worth it. I'm already finished with both seasons and am onto Sons of Anarchy. Another awesome recommendation.

Posted by Modest Mama at 9:12 PM No comments: 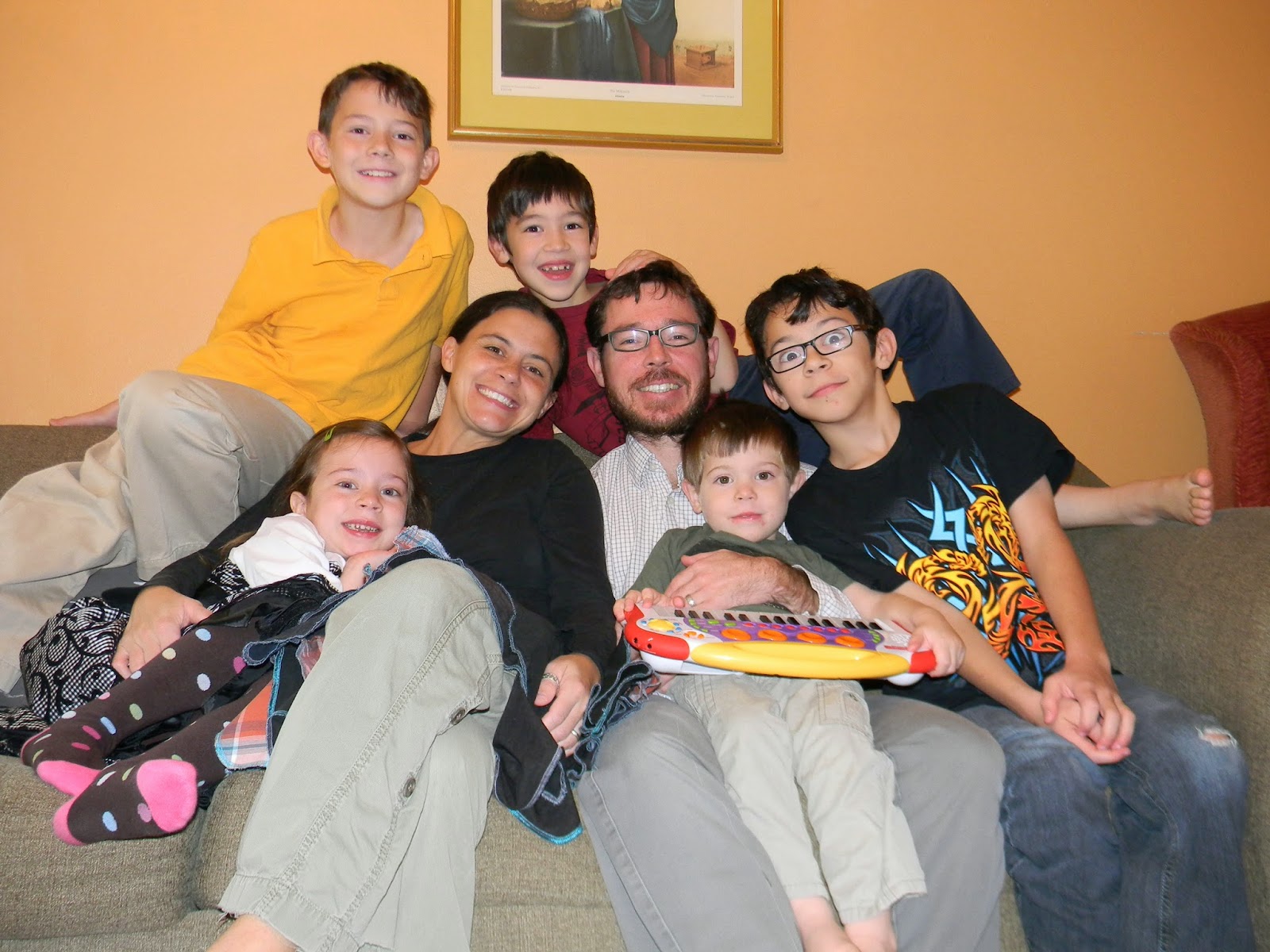 ~~ONE~~
Isaac did this awesome project on the history of ships. 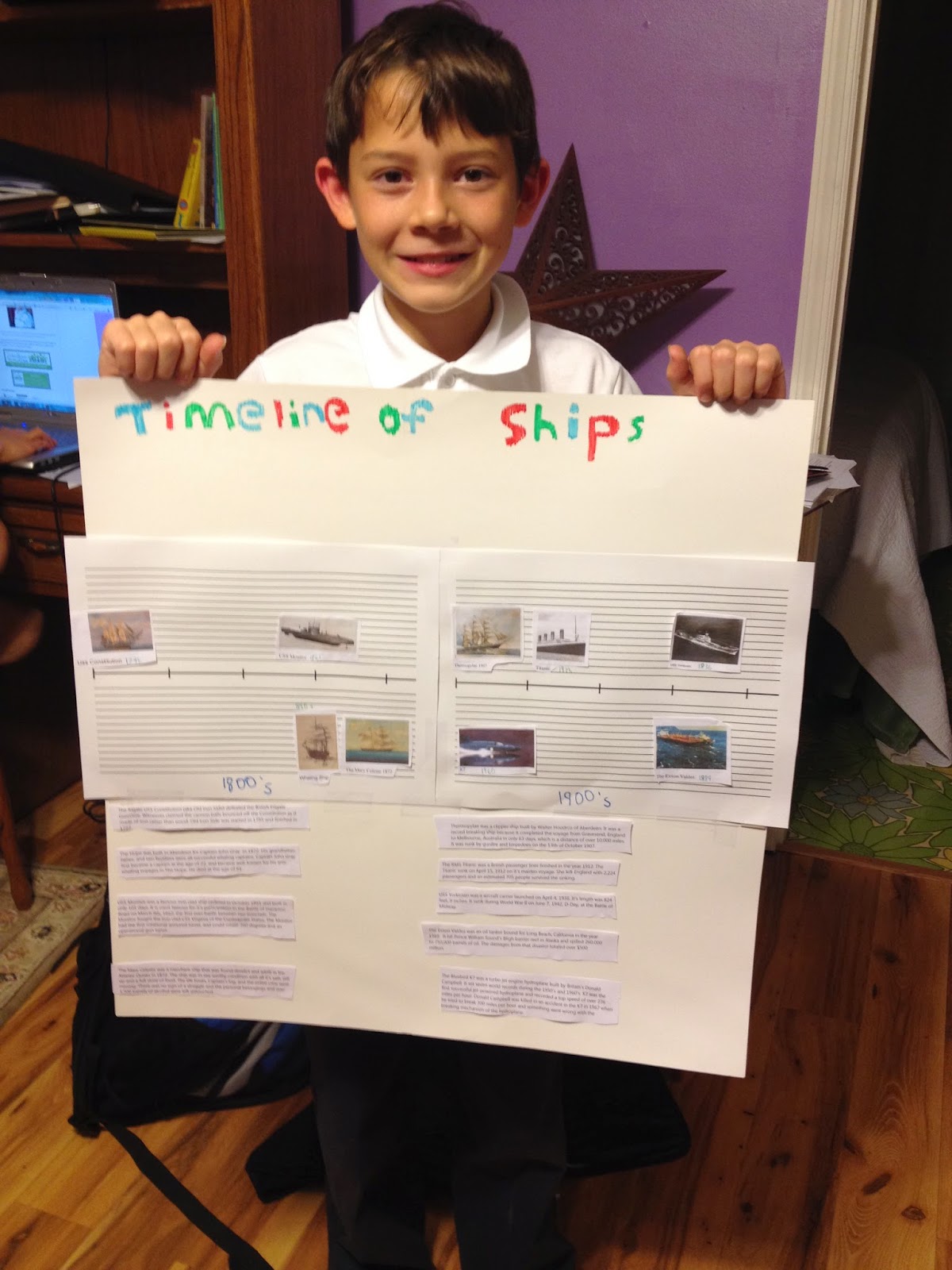 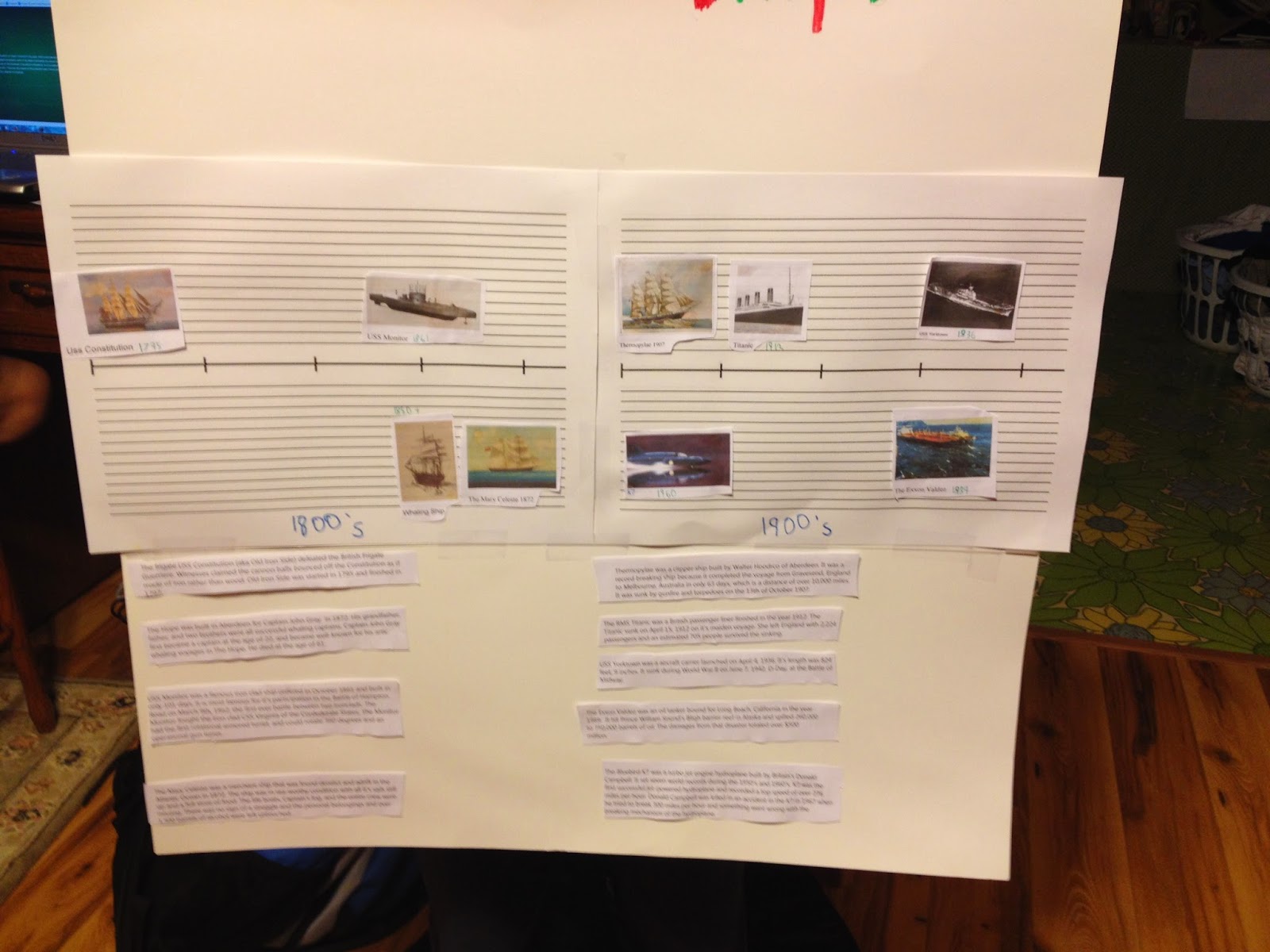 ~~TWO~~
Speaking of Isaac, that kid got one A-, five A's, and two A+ 's on his report card. We are all beyond impressed with this kid.
~~THREE~~
The instructors all pooled their money and we bought a Keurig for LMCA. It's about the best thing to ever happen to my LMCA morning. My kids, who aren't well-versed in all thing coffee, stated, "Wow. We are really becoming professional. We now have a coffee-making machine at LMCA!"
~~FOUR~~
The other night at supper, Margaret went into a long dialogue about how Michael and I are way better than her math book. If we got lost, she would be really sad. If her math book got lost, she's be okay with that.
~~FIVE~~
It was snowing here earlier. No joke. I am still waiting for the season called summer that apparently forgot to hit Western PA this year.
~~SIX~~
Since it was indeed snowing, I may be forced to actually get out the jackets for the kids. I really have been holding out to see if we could squeeze just a little longer out of the hoodies, which fit on the coat rack so much better than all the puffy nonsense of winter coats.
~~SEVEN~~
Henry thought we should get out the snow pants and boots as well. Just in case. I'm afraid I am going to have to draw the line on that one. I can tolerate the puffy coats taking over my entry room. I am not ready for the onslaught of all things winter. I haven't had time to fully enjoy my Fall yet!
~~EIGHT~~
Please keep saving those Box Tops for Education. We earned just over $70 for LMCA this Fall. We would like to buy microscopes for the science program using the Box Tops. Email me and I'll send you my address.
﻿
Posted by Modest Mama at 3:51 PM No comments: 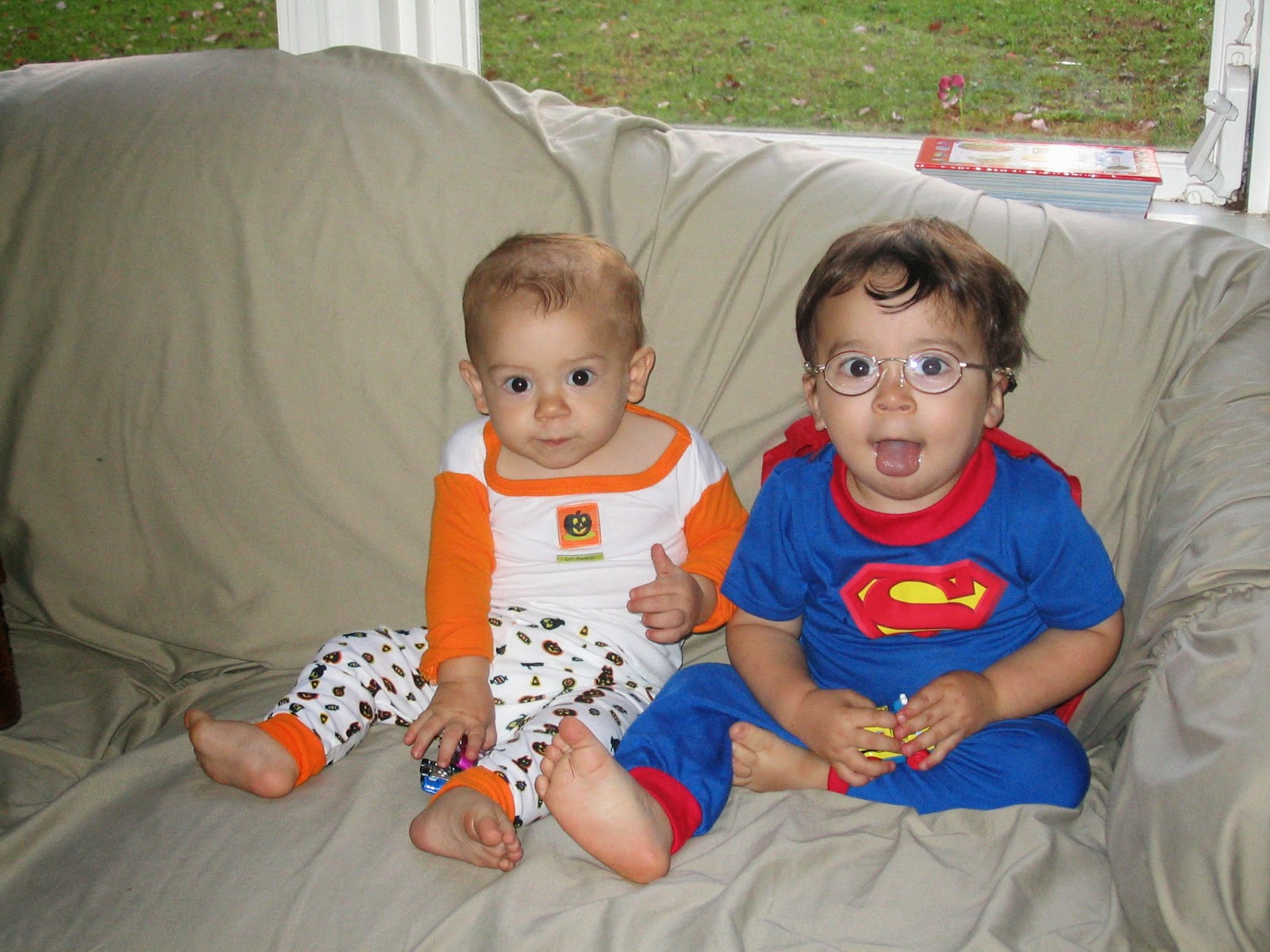 Posted by Modest Mama at 7:00 PM No comments: 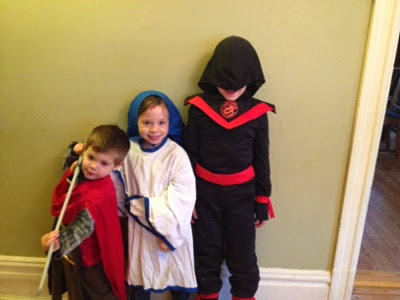 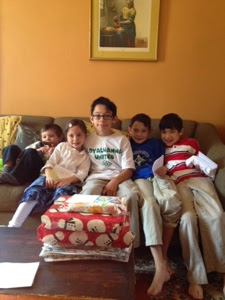