Almost two months ago now, two of the kids participated in the Fifth Annual Homeschool Science Fair. We held it at LMCA this year, and I kept it small- around 30 kids participated. Quite a few less than the 60+ registered students last year.
Henry tried to sink a marshmallow ﻿for his experiment. It's harder than you think! 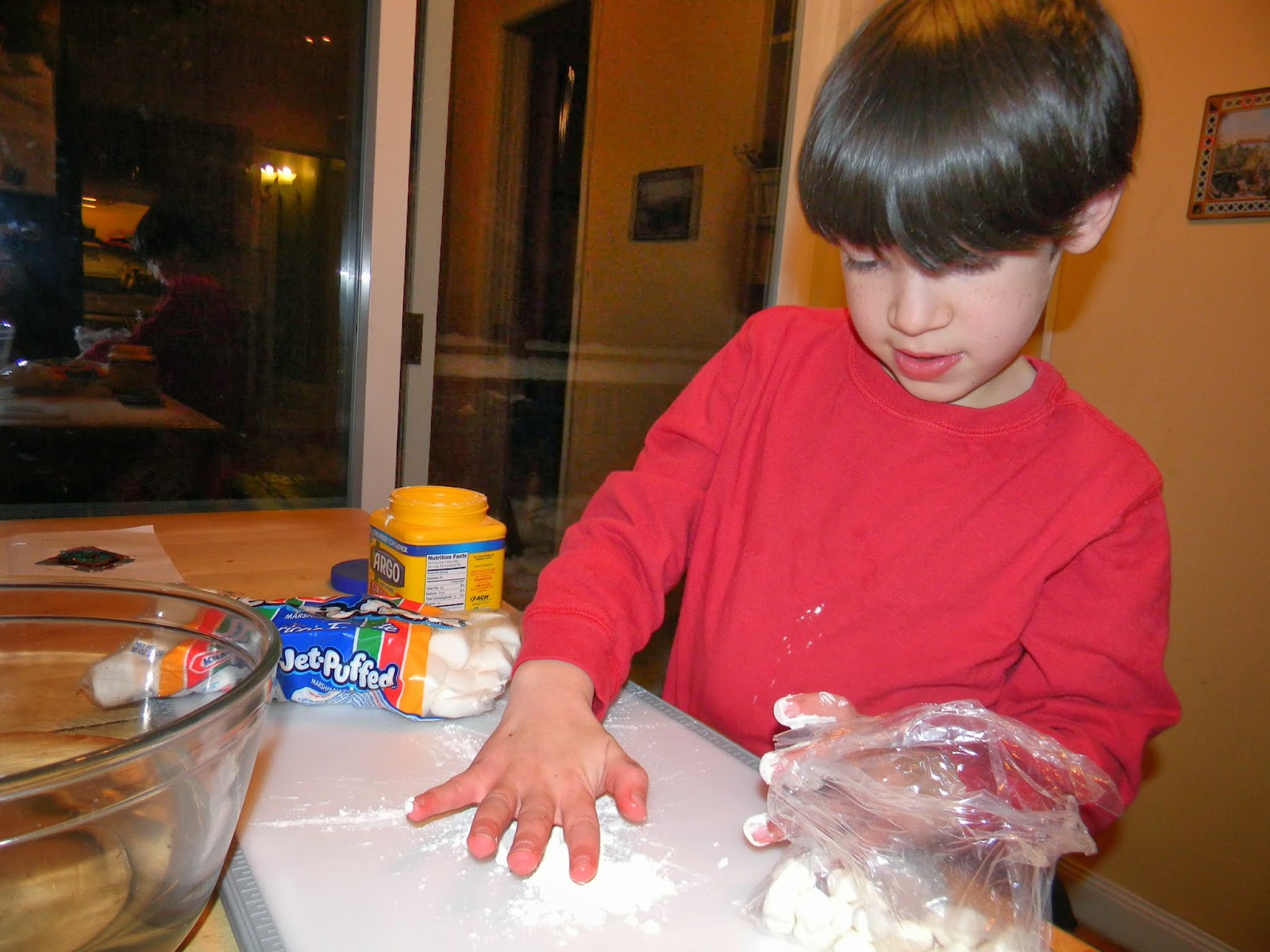 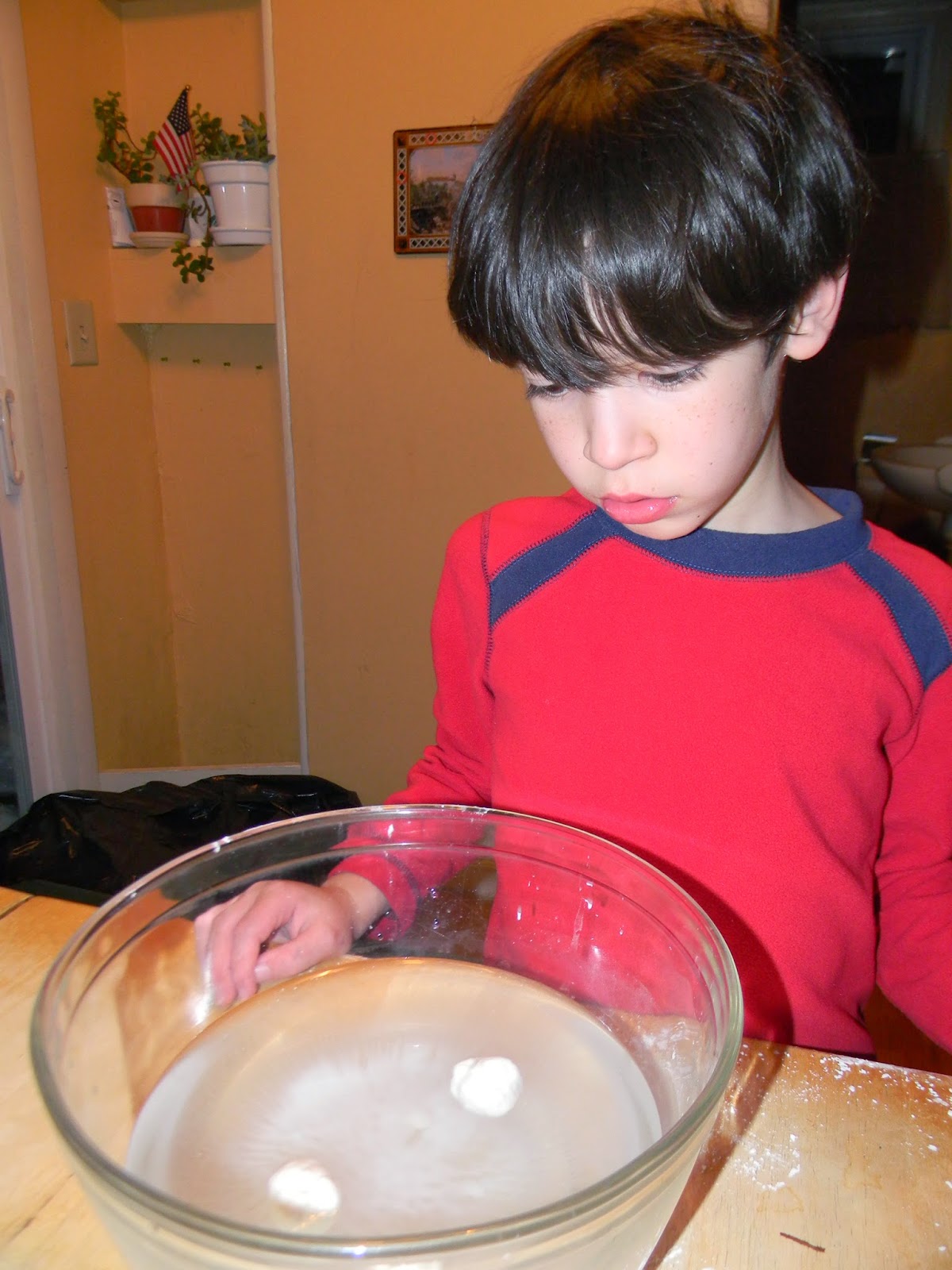 Margaret melted M&Ms in the microwave to see which color would melt faster. We assumed the darker colors would melt first, but our results surprised us! 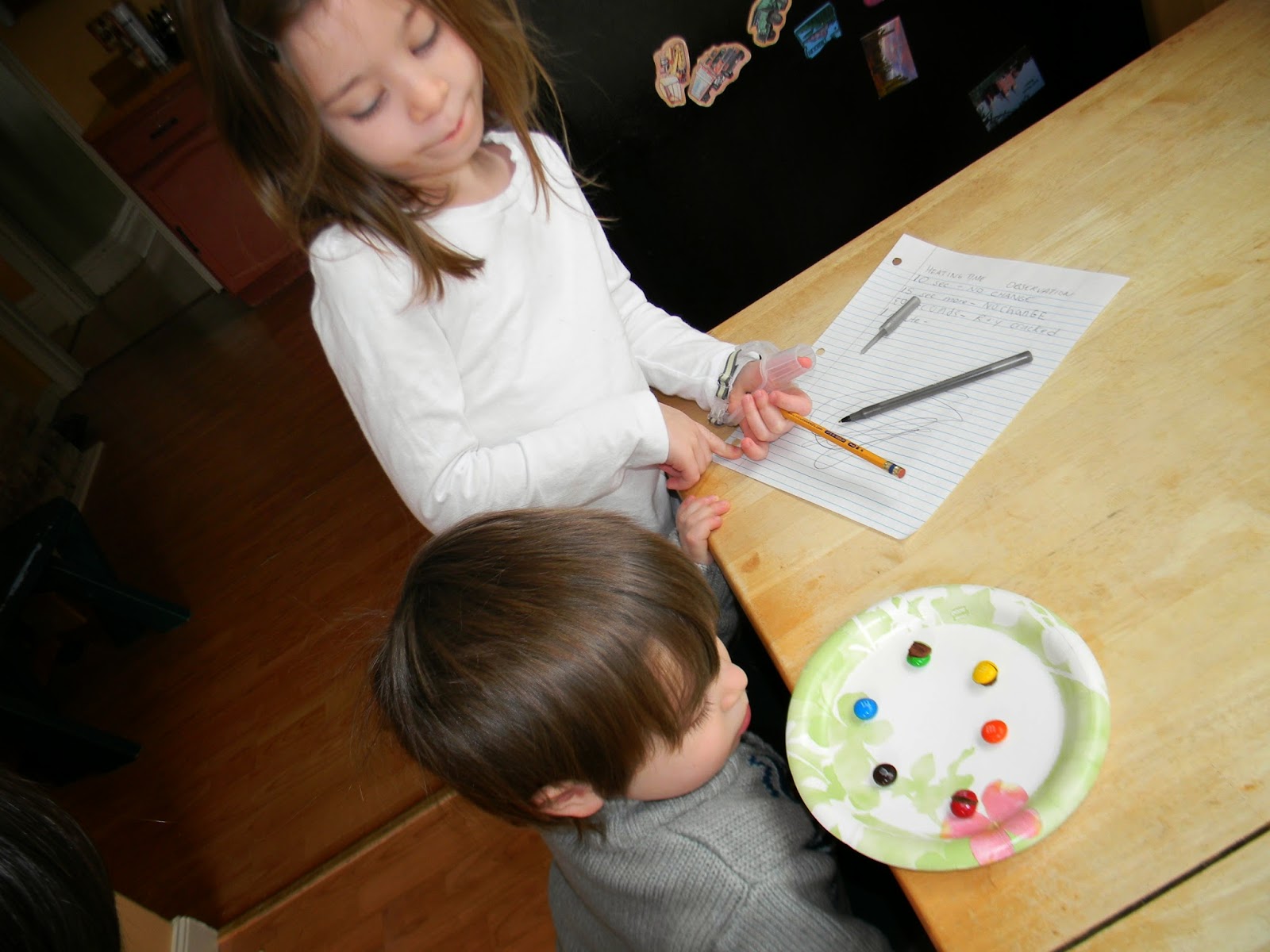 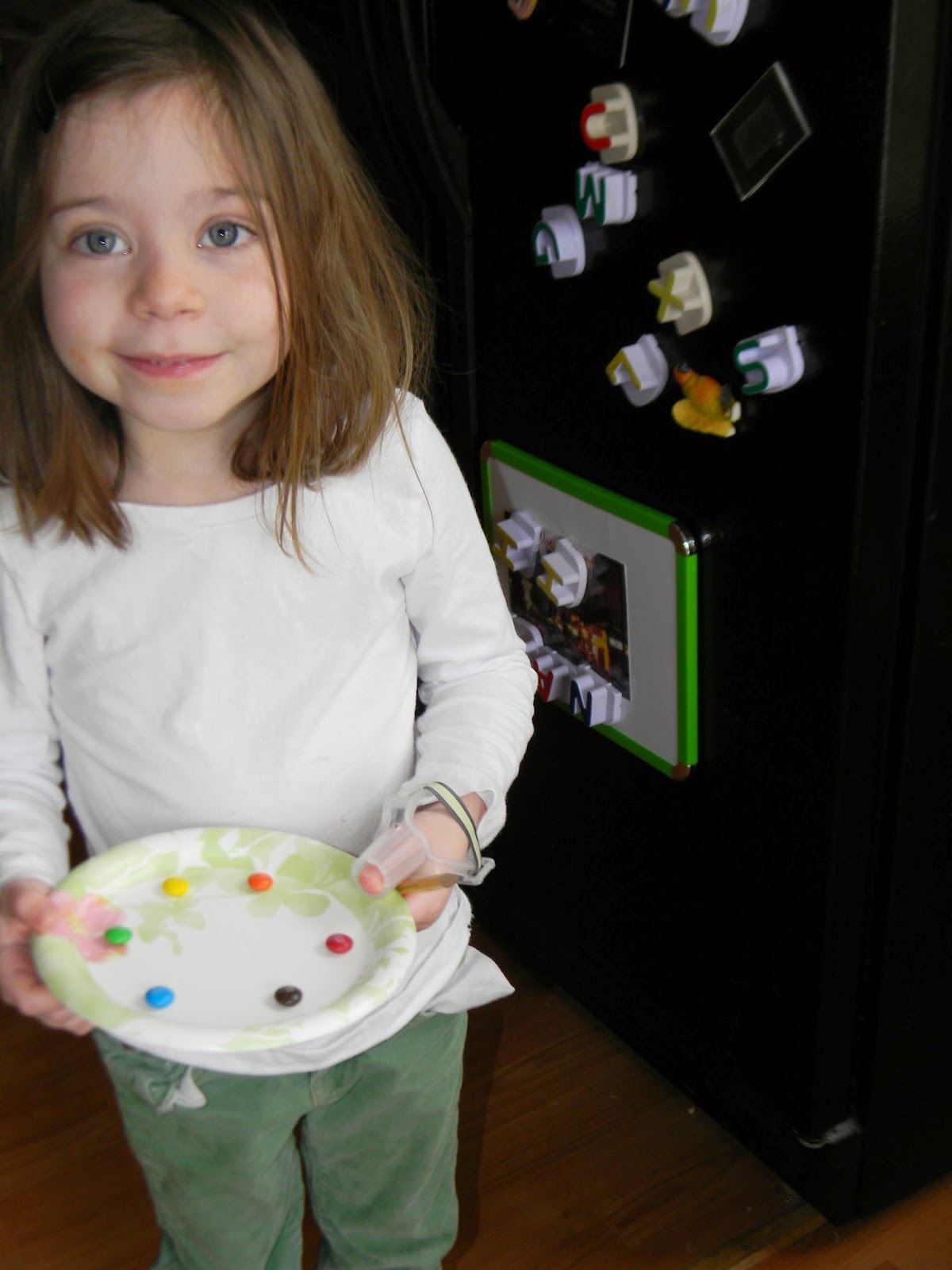 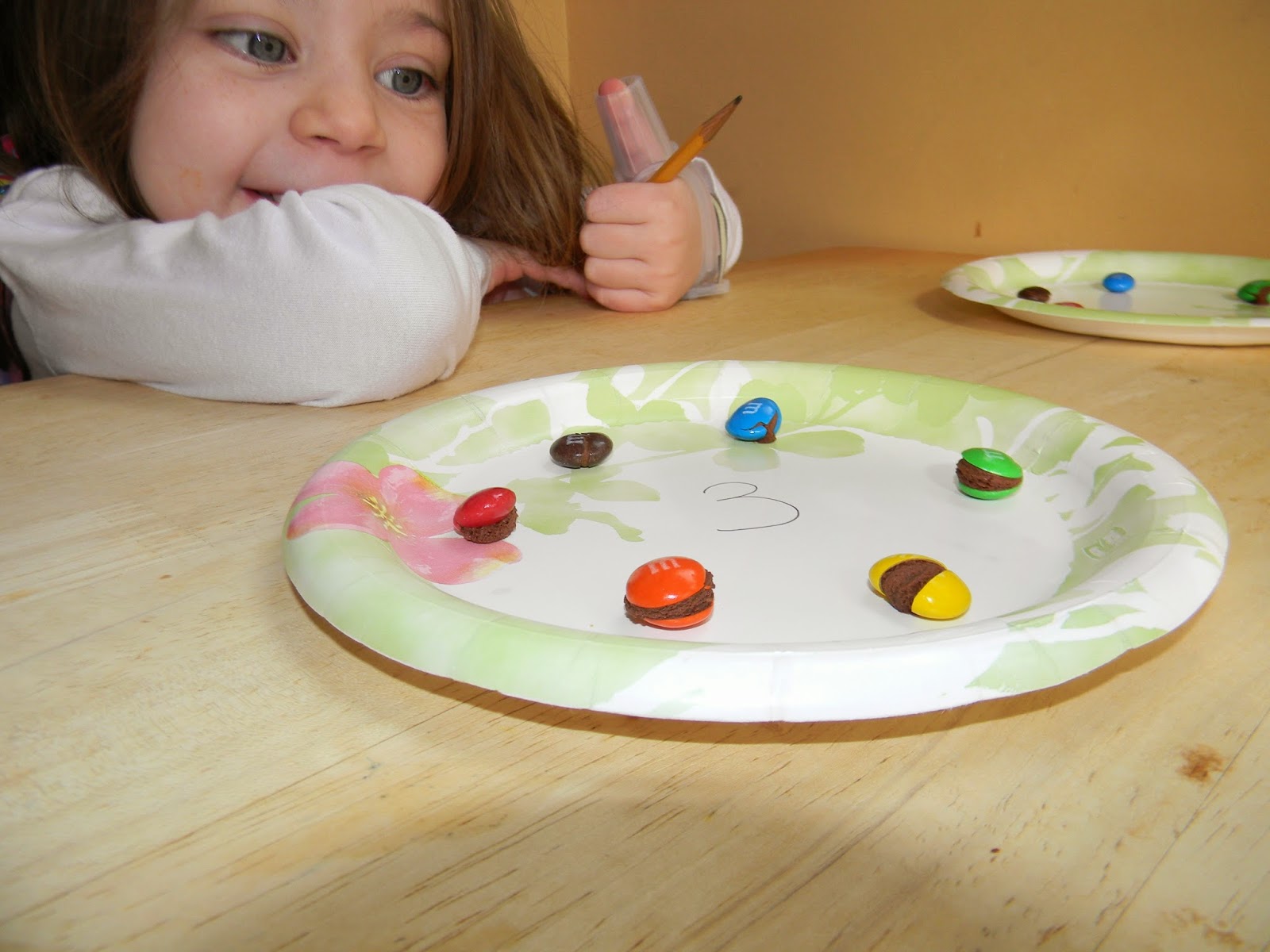 The night of the Science Fair the kids did really great! I was really proud about how well they presented their experiments to the judges. 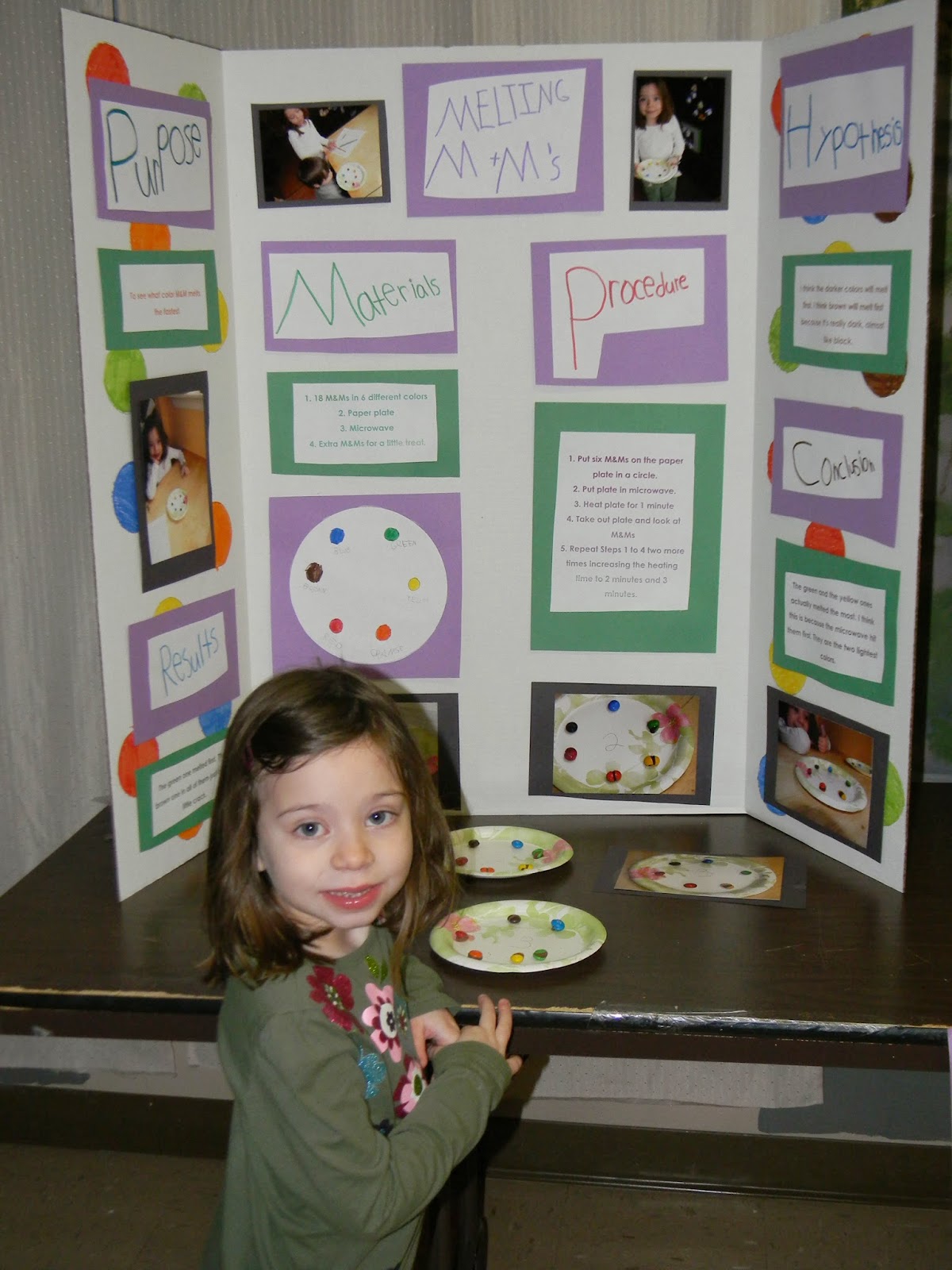 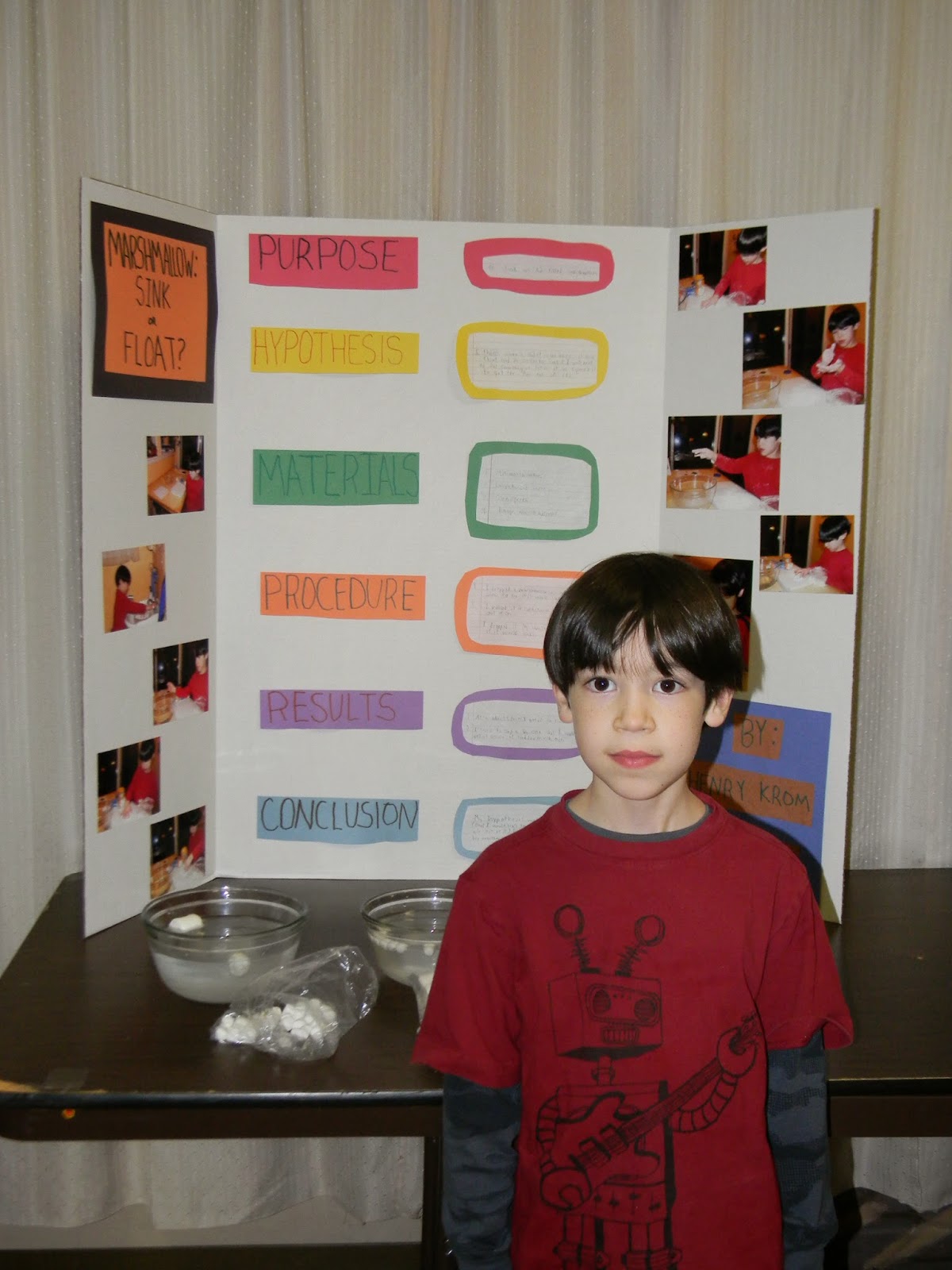 And of course, no Science Fair post would be complete without our John Paul & Malcolm photos: 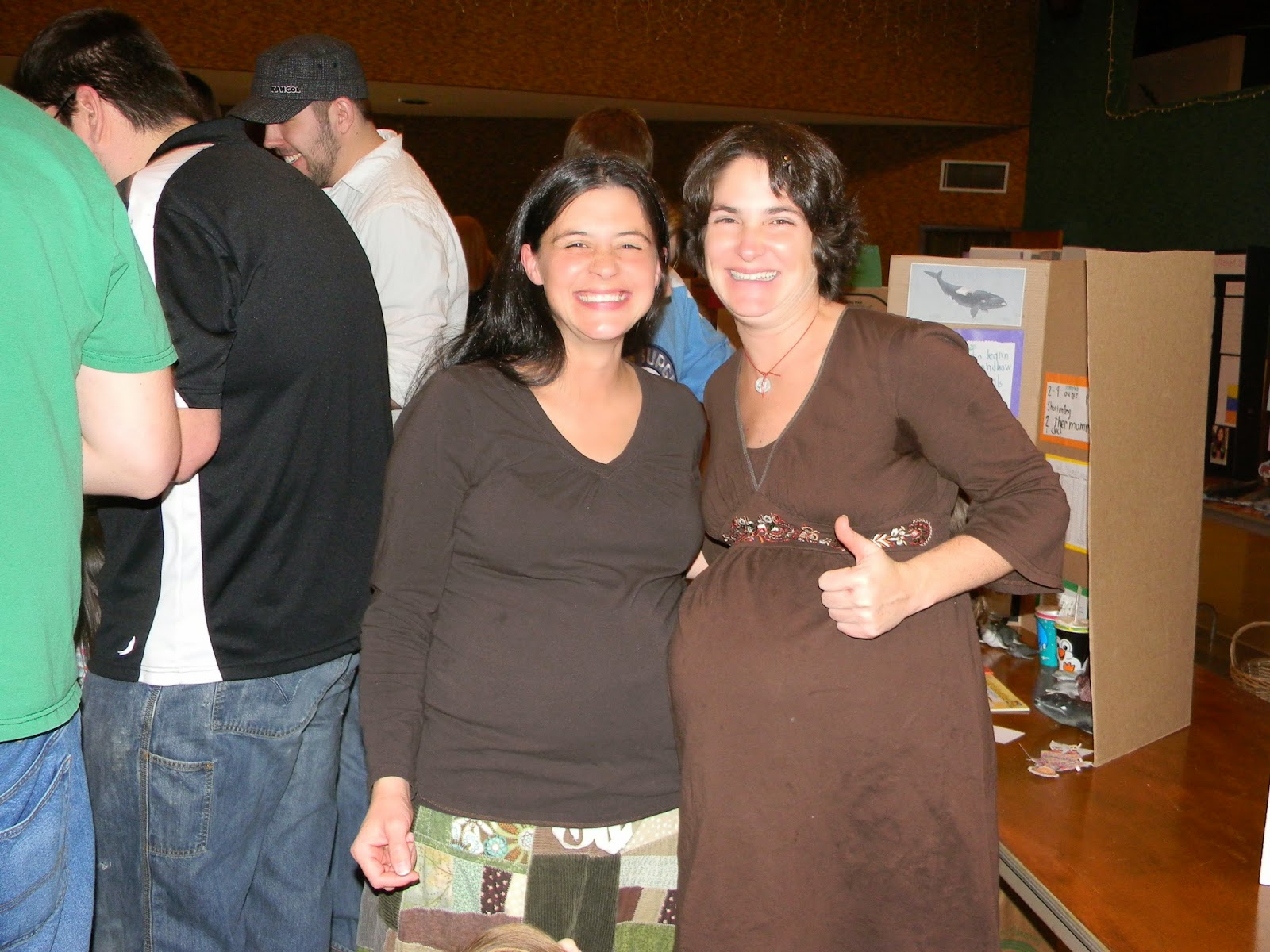 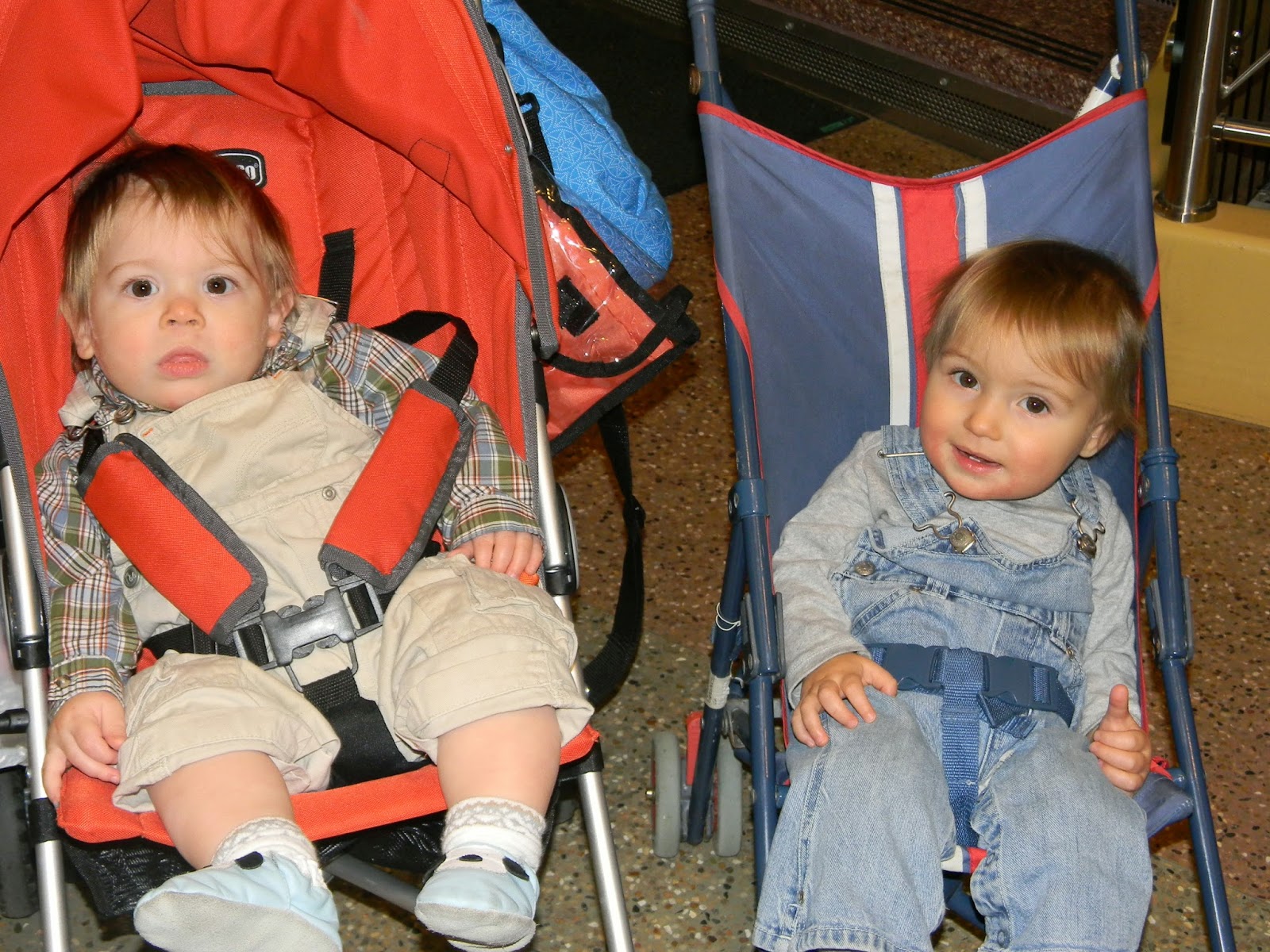 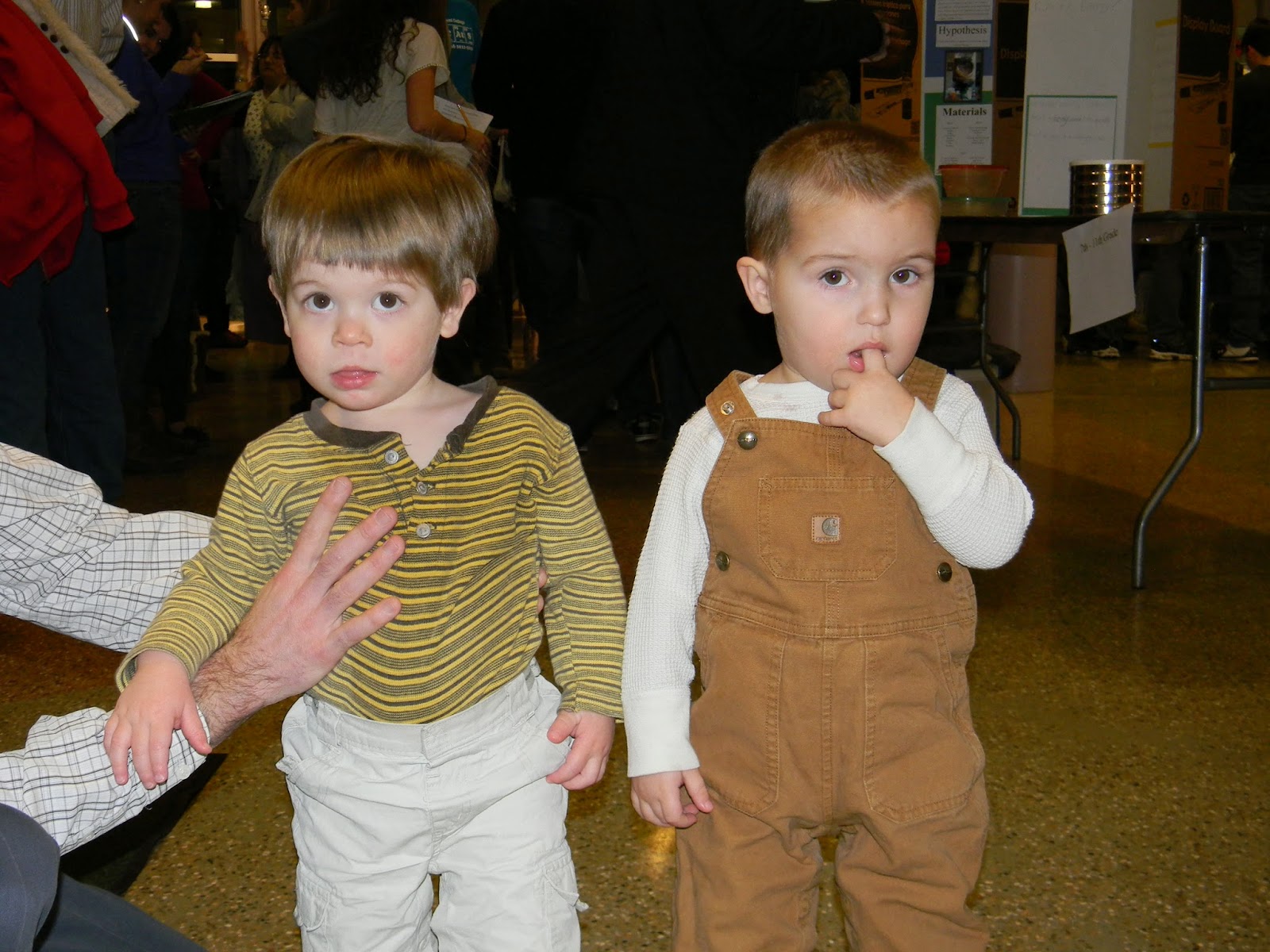 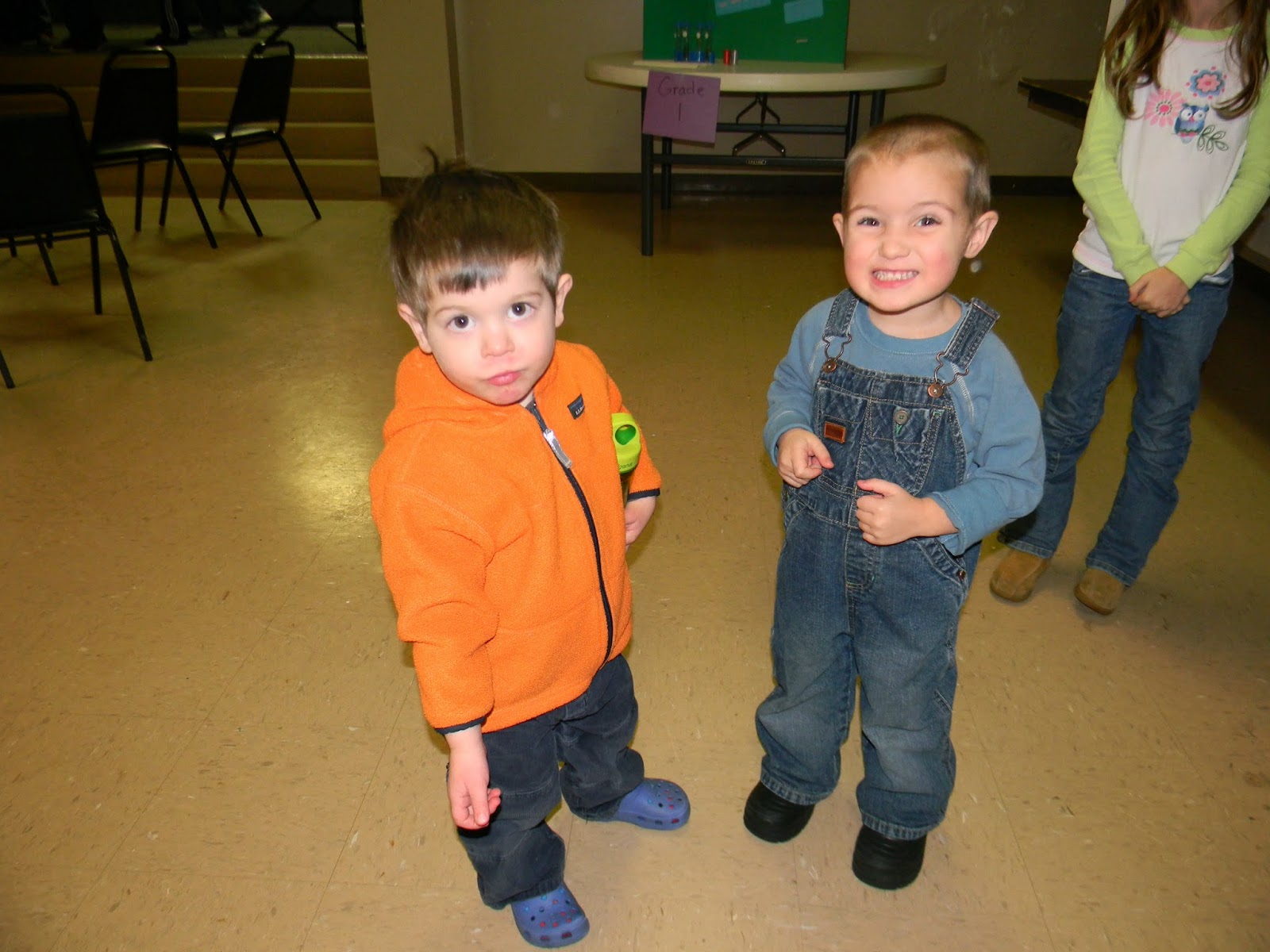 2014
Now, for all you local homeschoolers who are sad you missed out on such an amazing event, I've got great news for you! Saint Vincent College has agreed to take over the Homeschool Science Fair from now on!!!
Let me tell you what a relief this is for me. I had a good run of five years, but these last two years have really left me wondering if I could survive this event much longer. It had become more of an obligation to run the science fair, and the fun had gone out of it for me. Now I can just sign up my kids and not have to worry about registration, advertising, awards, judges, building issues, tables, clean-up, etc.
Hooray for the new wave of Latrobe-Area Homeschool Science Fair! See you in 2015!
Posted by Modest Mama at 8:41 PM