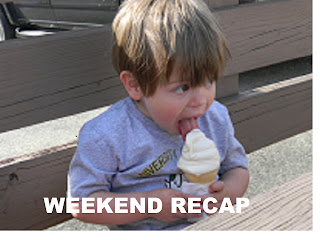 Yeah, so I missed a week in there. But if you saw my calendar then you would understand why. 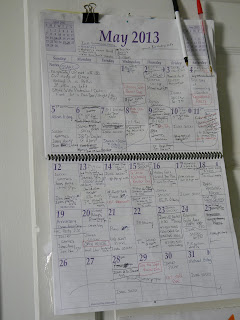 Here's a little peek. We are way. too. scheduled.
James and I made it home safely from the Grand Canyon. What a wonderful trip it was! It deserves it's own blog post, but here's a picture to tide you over until I am able to get to that (blogging isn't on the calendar and so it may be a while). 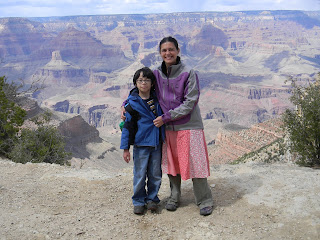 Malcolm has been a bit clingy since I have returned, but I don't mind because seriously that baby is the best darn snuggler we have ever had. Did I mention he plays with dolls? Well, he does and it is beyond adorable! Yesterday while I was weeding through the 300 plus emails I got while I was away he created quite the doll set-up behind me. 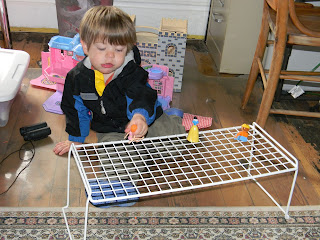 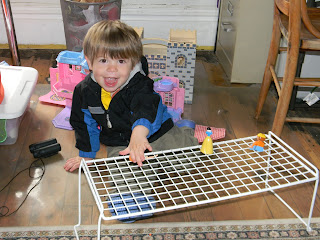 I think he was keeping an eye on me in case I tried to sneak away again for a few days. Notice the shoes and coat? He was ready in case he needed to chase after me.
See that white wire shelf? Malcolm is obsessed with that thing and carries it around all the time. He even tried to bring it to church. He loves it and uses it in many different ways. Sometimes he spreads his night-nights on it and lays down. It is really cute. And kind of weird.
Michael survived his first time caring for the kids alone. Usually if I have to leave his mom will come to help out. But she was in the Grand Canyon with James and I and so Michael was left on his own. All the kids survived and they had even been bathed when I returned.
Michael didn't miss me, and that may seem a little harsh, but his reason for not missing me is very valid: He says he was too busy to miss me. He couldn't believe how many things there were to do and he never had a spare moment to think about missing me. That, my friends, was the best Mother's Day gift I have ever gotten.