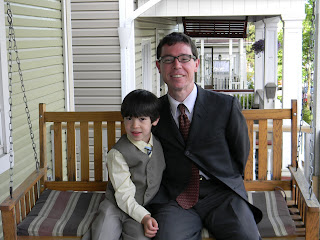 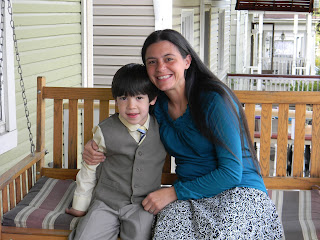 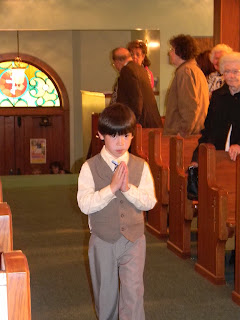 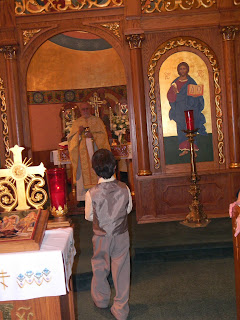 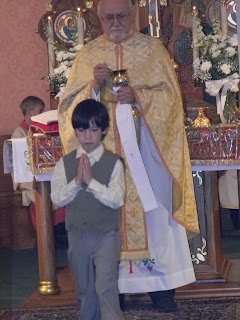 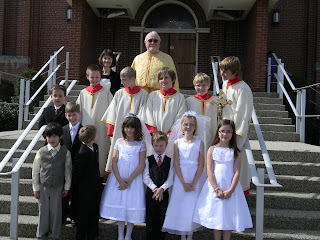 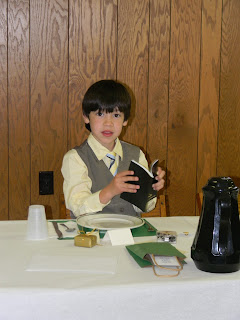 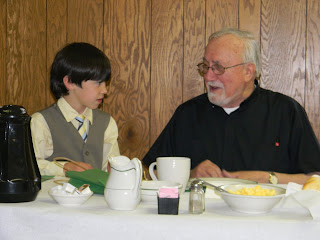 Henry and Father Joe. Father Joe is probably commenting on the wrestling match that started in the front pew between the boys after they all received. It looked like they were having so much fun I bet Father Joe was wishing he could have cheered them on from the alter.
﻿
Posted by Modest Mama at 12:39 PM