H is for Haircuts

I am linking up over at Ben & Me as I blog my way through the alphabet. Come and join the fun!
H is for Haircuts, which are now a week old but are still taking me by surprise every time I see the children after a significant absence. All the boys got them, but Isaac went from short to shorter and James went from long and shaggy to long, so their cuts aren't really that noticeable. It's Malcolm and Henry that got the real cuts.
Malcolm before: 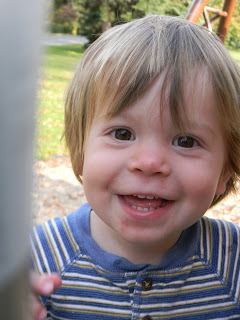 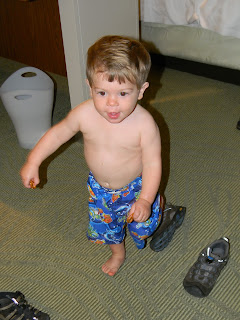 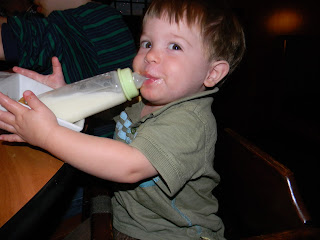 Not sure that I like it yet. He just looks like such a little man now and not so much like my baby. Sigh.
Henry was also a shock to me. Henry has perfectly straight and very thick hair that is so cute when it is long: 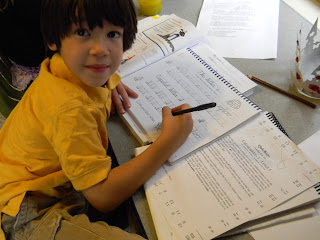 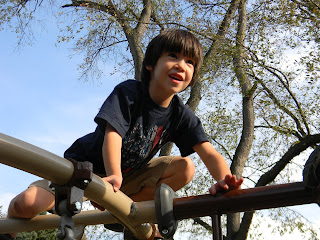 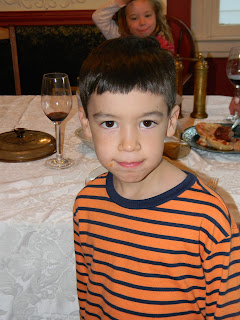 Henry chose this haircut himself from a photo in a magazine. He loves it! I am a firm believer that kids should do what they want with their hair, even if it's not what I want. Henry's hair grows very fast and will be long again soon. I have to admit, the shorter hair is a lot easier to care for.
Posted by Modest Mama at 10:00 AM

Gasp! Where did your baby Malcolm go? I'm not sure I like this, not sure at all. I mean, that's a very handsome YOUNG MAN, but I like to have a baby around!

They are all growing up do fast!

I agree about hair, why get hung up on something that will grow out?

The only time I object is when one of the children decides to take the cutting into their own hands. ;0) Emma decided she wanted a short do, and I had to finish it for her, lol!

What handsome little guys! My youngest had his first haircut a couple months ago. I took awhile for it to grow on me too. :)

Susan,
Of course Emma cut her own hair. Of course she did. She wou;dn't be Emma if she hadn't done that at least once.

Alyssa and I are both in need of a haircut. I can't remember the last time I cut my hair and she hasn't had one yet. She told me one day she wanted to cut her hair short and I was hesitant at first because she is so young. I didn't want her to regret cutting it later. I finally decided to take her to JC Penny's because they were offering FREE Back to School haircuts. We got ready for the day. I was so happy about surprising her with a mother daughter hair salon day. She found out where we were going and asked me to turn around. She started crying and said she didn't want to cut her hair at all. CRAZY - two days before that she wanted it cut. I guess I can't blame her I change my mind all the time. We didn't end up going - I still need a trim.

Oops clicked to post too soon. The boys are so handsome. It's good to know that they love their haircuts.