I am a big advocate of starting solid food when the baby is ready, not when the doctor/baby book/grandparents/etc. say you should start them. That said, Malcolm is the youngest of my children to start solid foods. I noticed that he just wasn't himself lately. Unusually fussy, sleeping less, and waking frequently in the night to nurse. I waited a couple days nursing him as much as he wanted. When the thrill of being the human pacifer wore off, I went to buy some rice cereal. 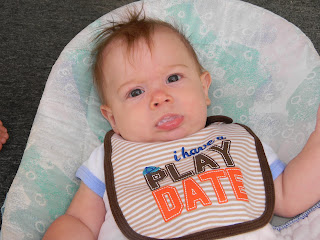 At this stage it is so watered down that it looks like hazy water. James even said, "We're feeding him water?" 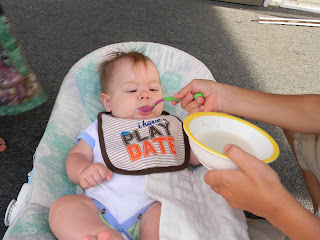 He didn't know what to make of it the first day. He didn't really eat it and instead played with it on his tongue. 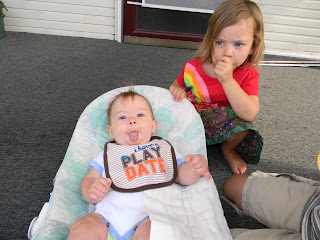 As with any new Malcolm event, all the kids were present for this big change in his diet. 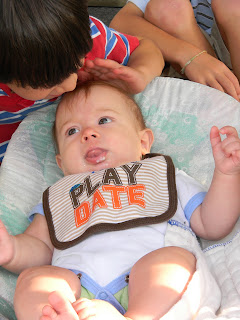 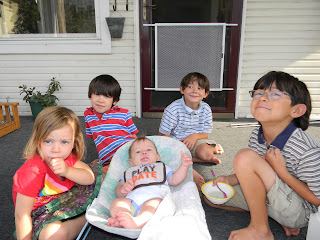 He had started to figure things out by the second day and was smiling and cooing at James in between spoonfuls.
Posted by Modest Mama at 10:00 AM