Halloween in this area is more than just an evening event, it is an actual season. It begins about a week into October and includes parades, mass trick or treating events, pumpkin carving, decorating, etc. People around here get more into Halloween than they do Christmas.
Latrobe is a unique community which decides the schedule of events based on the convenience of people we don't know. Due to this, Latrobe decided that Halloween this year would be celebrated on October 30, instead of the nationally recognized day of October 31. They even decided the time that Halloween would be celebrated, and set that at 4pm to 6pm.

We decided that with the early trick or treating time, it would be no fun to endure the sugar-high of four children alone. So we invited several friends and neighbors to our house after the scheduled Halloween observance time. This way, instead of four wild and manic children, we could be around 15 wild and manic children. But there would be more adults around for moral support.
I decided to join in the spirit of this season and made some festive cookies for our gathering. I stole the ideas from this blog that I regularly read. My stuff didn't turn out as nice as hers, but it was still a good first attempt. 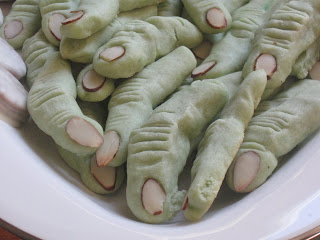 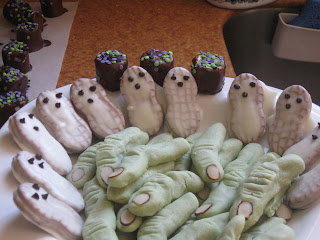 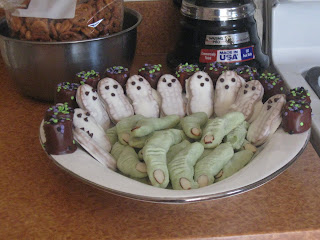 Michael carved pumpkins with the kids in the morning. 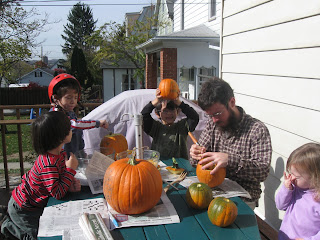 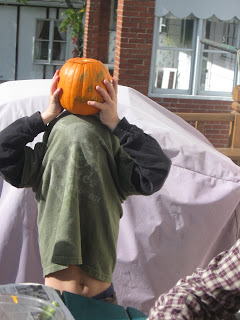 Finally it was time to get going. Margaret was a beautiful princess. 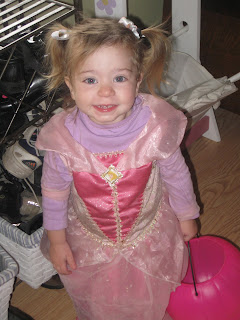 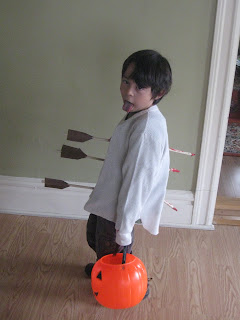 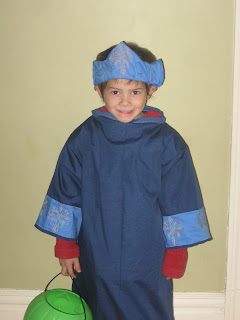 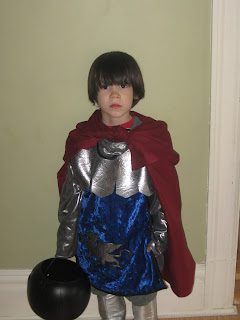 We went around with many friends. Here is part of our group. The little girl in the pink is a Super-Hero. She designed the costume herself. She is missing her mask and cape in this photo. Still, the whole thing is pretty creative for a seven year old. 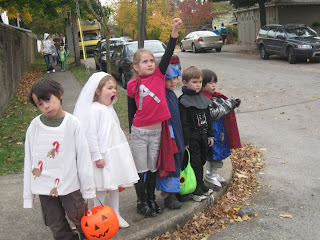 oh, st martin, and I guess I should have just clicked "next" in my browser first! Ha! Never mind! At least I got one point for St Sebastian!