Our Trip to the Big Apple

Michael had a conference outside of NYC and so his folks and the kids and I tagged along for the trip. We had a great time touring the city. We intended to take the train to the sites, but the weather was great and so we ended up walking everywhere. On the first day, we walked over 40 blocks! 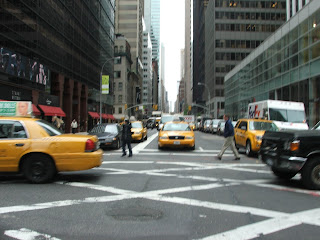 We had never taken the kids to NYC before, although they have been to other cities. We have decided that we definitely have country-bred children. Henry spent most of the first morning with his hands over his ears to block out the noise from trains, cars, horns, buses, people, etc. Margaret would not ride in the front of the stroller because the crowds were so thick that it scared her. 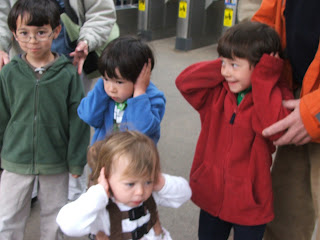 We saw many of the sites and ate delicious foods. I was worried about the cost, but the only things we ended up paying for on the first day was the train to get into the city, and our lunch. 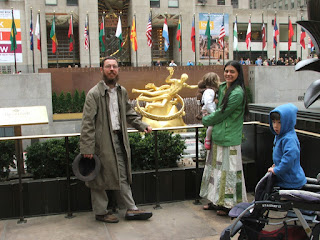 We had to make a stop at FAO Schwartz. 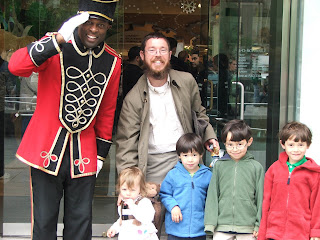 They had Chewbacca made out of Legos. 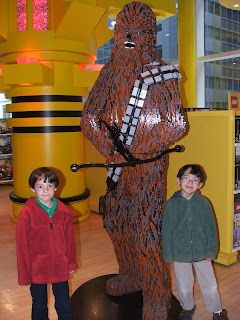 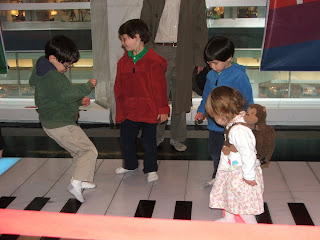 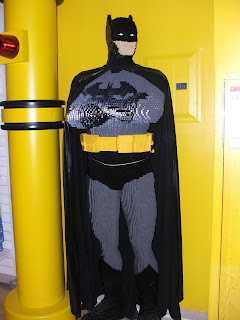 Lego Batman is also for sale for a more reasonable price of $27,000. 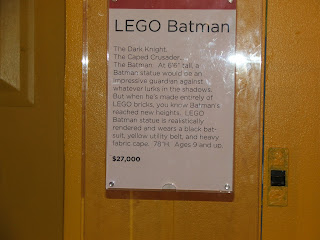 Central Park was great with a different playground about every ten minutes. 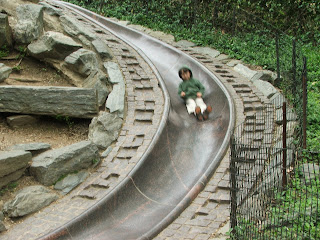 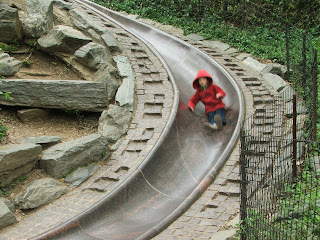 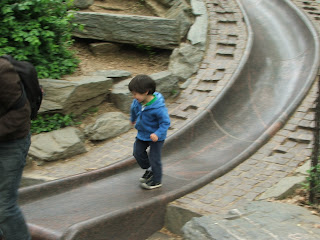 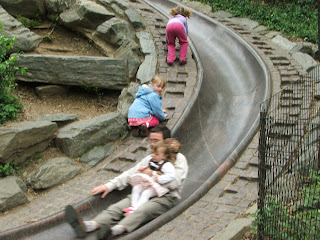 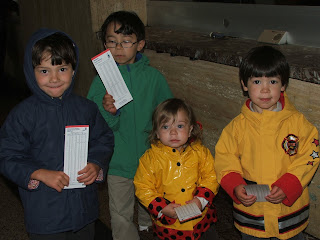 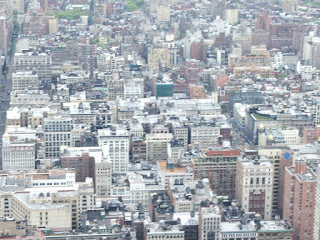 At the top of the Empire State Building. We had to pay for this attraction, but it was worth it since the kids thought it was so neat. And the kids were free on the day that we went, so we only had to pay for the adults. 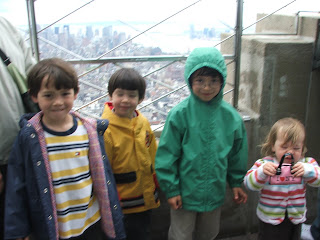 Looks like you had a great time. We need to get to NYC some day...although I might be the one with my hands over my ears, I am so not big city.