A year ago today my family was blessed with the birth of a healthy baby girl. I don't think I need to remind anyone how surprising the arrival of a girl baby was after three beautiful boys. Since we don't find out the sex of our children before their arrival, we have a lot of fun sharing our news with friends and family. Margaret's announcement was especially exciting and I have shared some of the stories below. 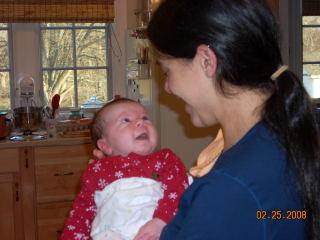 My mama was the first person I called after Margaret was born. She was full of questions about the birth, the health of the baby, and my general well-being. We chatted about everything and she never once asked whether the baby was a boy or girl. After several minutes I finally said, "Mama, I had a girl!" She thought I was joking. "Really?!?!" she asked. She quickly told my Dad who gripped his chest in disbelief and proclaimed they were going to be on the next flight to Pennsylvania. 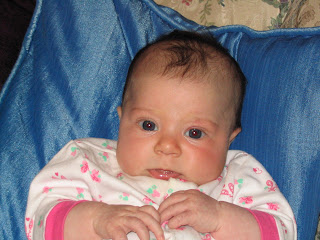 Due to my general dislike of hospitals, Margaret was home before she was even 12 hours old. Since we have never decided on a name before the birth of any of our children, Margaret was our youngest named child (hospitals really like that you leave with a named baby). She is named after my Great-Grandmother (Grandma Phyllis' mother), the Blessed Mother, and my Grandma. No one told my Grandma the baby's name. Everyone wanted me to be the one to tell her. So when I spoke to her the first thing she asked was her name. "Margaret Mary Phyllis." I responded. "Oh Jessica!" said my Grandma. "I am honored to share my name with her." 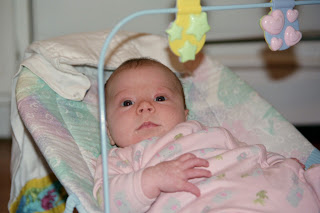 My sister-in-law April is almost impossible to get a hold of. She works in the wine industry and is almost always working. But somehow I got through on her cell phone. She sounded really busy and rushed.
"I'm at a wine vendors event," she explained. "I'm in the bathroom."
"I had my baby." I told her.
"You did?" she exclaimed into the phone.
"She's so beautiful." I said.
"Oh, I bet... WAIT A MINUTE! DID YOU SAY SHE?!?!"
In less than a second we were both crying and laughing about my new daughter. "Hold on," she said. "I have to flush the toliet." 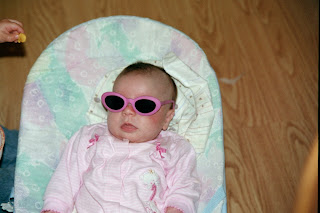 Adam and Eugenie are Margaret's Godparents. I called Eugenie hoping to catch her before she started homeschooling lessons.
"Hey Eugenie."
"Hey." You could hear the excitement in her voice. It was as if she knew that the baby was born.
"I had my baby."
"And...?"
"We named her Margaret!"
"OH! I AM SO HAPPY FOR YOU! Miss Jessica had a girl!" [insert cheers from her kids in the background] 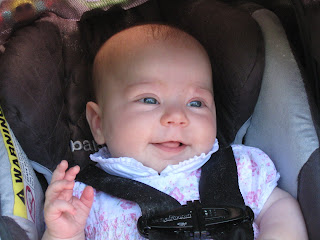 Heidi and Haven sent Margaret a gift and said they had been waiting for her arrival for a long time. I believe it was 1994 when Heidi and I decided that we would both have girls and make sure they were great friends. 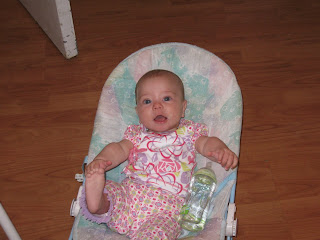 Annie met Margaret at her baptism and said that Margaret looked exactly as a Krom girl should look. 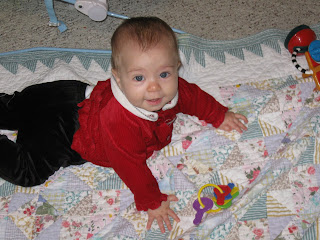 There are so many wonderful stories about the ways that everyone has welcomed Margaret into this world. She is so blessed to have so many people who think about her and love her. I would need a whole other blog entry to include all the welcome messages and warm wishes we received for her. 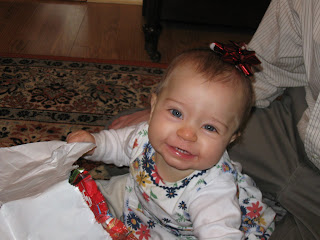 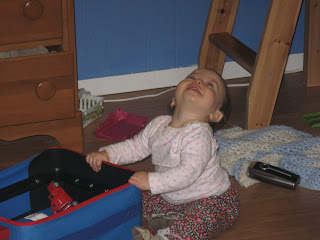 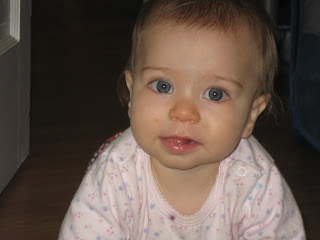 Happy Birthday, Margaret!!! I can't believe it's already been a year!

We hope we (finally!) get to see you all soon!