Margaret in a Hat and Bumbo Seat

Margaret wore the cutest hat to Mass today. I will have to get some more photos of her in the hat. She is such a baldy and it has been so sunny since we returned home that a hat has become a common part of her wardrobe. 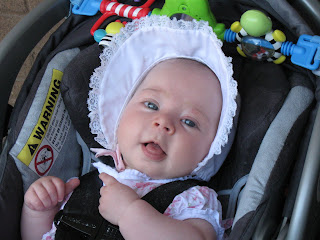 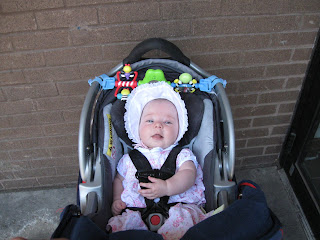 Margaret can now sit in her Bumbo seat. Since cloth diapers are bulkier than paper ones, the bulk raised her up too much to sit in it before. So we had to wait another month and now she can sit in it. She likes it because she is able look all around and reach her friends on the toy bar. She has started grabbing for things, but actually being able to get them is another story. 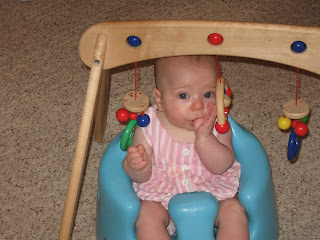 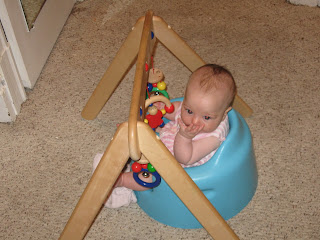 As you can see, she has become a thumb-sucker. This makes us three out of four for thumb-sucking, four out of four if you include Isaac's desire to suck his elbow when he was a baby. I sucked my thumb until I got braces and so I believe this is an inherited trait.